Until we get the blog up and running with archives, here are our newsletter archives.

Newsletters from Life in France: 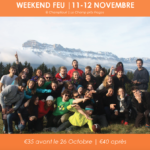 We are now on Instagram! Follow us @ feu_de_grenoble to keep up to date! Le FEU has started off the new semester with a bang! Freshers’ Week In order to make contact with as many of the 50,000 students as possible we organised a jam-packed week of events from the 4th – 10th September. Each day we delivered flyers on campus and played some very intense volleyball games on the court beside the university halls followed by a different event every evening [...] 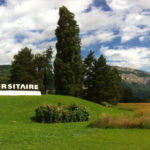 By David on 10, September 2017
Life goes on without us. It's something that we've become acutely aware of while living abroad and only coming back to the USA for a few weeks each year. Little kids become teens. Teens become adults. Friends and family get new jobs, move away, buy new houses, new cars, get new pets. Our hometowns get bigger and more developed. We now have a Whole Foods?! A lot changes in a year [...] 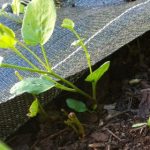 Spring is in full swing here in Grenoble, France and we have been spending a little bit of time cultivating the FEU garden out back. It’s a good opportunity to talk with our neighbors, and to spend more time with students and other Christian workers in this area. In the garden this year, there are […] 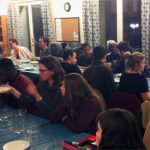 Since the day we found out that we were going to have a baby we’ve been in preparation mode. Preparing fun ways to tell our families and friends. Preparing baby things to take back from the States that we can’t find here in France. Preparing our apartment with all sorts of baby furniture and cute […]

A recent article (link below) explains the scientific reason that only 8% of us are successful at achieving our New Year’s resolutions. It’s called “False Hope Syndrome” and basically states that our expectations are unrealistic and our dramatic midnight resolutions are doomed to failure almost immediately. The solution? We should be more realistic and set […] 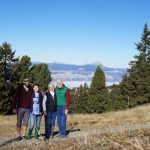 “When Jesus had received the sour wine, He said, “It is finished,” and He bowed His head and gave up His spirit.” (John 19:30 ESV) My (David’s) parents were just here for the past two weeks helping with much needed bathroom renovations at the FEU. You might remember the flood stories we’ve shared in the […] 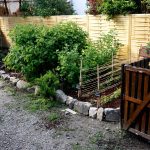 At one of our last church visits before we came to France, a long-time family friend said to us: “Once you get there and settled in, it will be just like living as normal, right?” This is my last month of intensive language classes before we come back to the States for a few weeks this […] 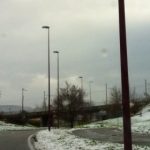 You Do Not Have the Priority

With a Frenchman hot on my tail, I approach yet another traffic circle and flip my left turn signal on even though I am about to make an obvious right turn into the multi-lane whirlwind of traffic already whipping around inside. I successfully get in the circle and make my way towards the exit on […] 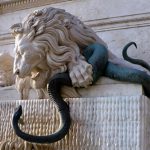 Wish You Could See This

Many times while biking or walking around our city of Grenoble something really stands out and I think to myself (or say to Rachel): “Man! I really wish [insert someone’s name, usually my sister] could see this!” Whether it’s the majestic mountains that turn my often downward gaze needfully upwards, the river Isère relentlessly rushing […] 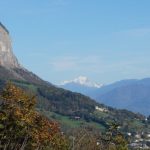 Lead Me To The Rock

“Hear my cry, O God, listen to my prayer; from the end of the earth I call to You, when my heart is faint. Lead me to the Rock that is higher than I, for You have been my refuge, a strong tower against the enemy.” (Psalm 61:1-3 ESV) My dad wrote the underlined portion of that passage on a large rock […] 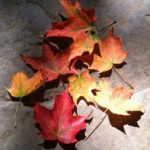 by David on September 8, 2014
Rachel and I went for a hike in the Catskills last week and, in addition to the wilderness solitude, we got to enjoy the first fall leaves of the coming season. Fall signifies a change in season and this fall in particular marks a significant change in our lives. While it is true that, as […] 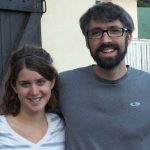 by David on June 20, 2014
God’s Calling to France – It’s getting real! Since our last update at the end of November, God has continued to reveal His will for us in His plans around the world. In obedience to His calling, we are making plans to return to Grenoble sometime in the Fall of 2014 for 3 to 5 […] 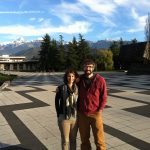 by David on November 21, 2013
“A man’s heart plans his way, but the Lord directs his steps” (Proverbs 16:9). Everyone wants to know. Ok, well not EVERYONE, but many of our friends and family want to know. Do you want to know what you want to know? Here it is: First of all, it’s not about us. Many times in the […] 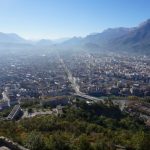 I have been posting daily updates on Facebook to keep many people informed of our recent activities. For those who prefer a more traditional approach . . . I give you this: Day 1: Reading to Newark to Philadelphia to Zurich to Geneva to Grenoble = 24 hours of travelling. After meeting our hosts and […] 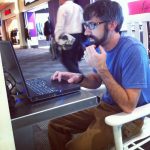 by David on October 24, 2013
I was tested for ADD when I was younger and made the cut . . . barely. However, by today’s standards I was and probably am full on ADD. SQUIRREL! We are currently camped out at Philadelphia International Airport awaiting our flight to Zurich, then on to Geneva and finally a bus to Grenoble where we […] 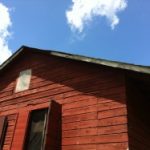 Not My Will But Yours 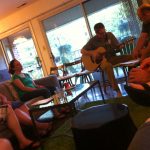 Fruit of the Spirit

by David on June 25, 2013
“The fruit of the Spirit is love, joy, peace, patience, kindness, goodness, faithfulness, gentleness, self-control; against such things there is no law.” (Galations 5:22 & 23) Much of my early life (and admittedly a lot of my adult life) as a Christian was spent trying to produce fruit in order to prove to myself, to […] 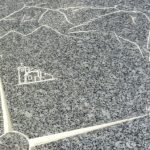 by David on March 13, 2013
When most people find out someone is leaving their job, the first question is: “So, what will you be doing?” Typical answers usually involve phrases like: “better work”, “more pay”, “greater opportunity to grow professionally”, “nicer work environment” and so on. This is usually followed up by the congratulatory statement: “Well, good for you. You […] 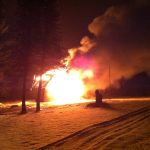 by Rachel on January 14, 2013
“So be truly glad. There is wonderful joy ahead, even though you have to endure many trials for a little while. These trials will show that your faith is genuine. It is being tested as fire tests and purifies gold—though your faith is far more precious than mere gold. So when your faith remains strong […] 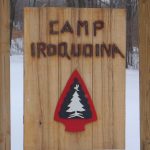 My God Will Never Forget

by Rachel on January 10, 2013
And these are Your days, you give them All for Your fame and all for Your glorious kingdom Jesus, You have ordained All things to dwell in Your purpose So I will not worry or fret My God is the God who will never forget All of His goodness and all of His promises He’s […] 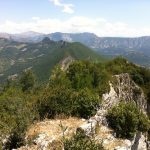 Reflections on a Year

by Rachel on January 1, 2013
If you had asked me in January 2012 to plan out how I thought my year would look, I can guarantee you it would have looked nothing like the crazy adventure the year turned out to be. In fact, I did begin making some “plans” early on in the year. I commented that we’d never […] 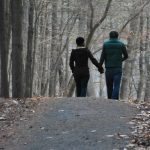 “All authority in heaven and on earth has been given to me. Go (“in your going”) therefore (Luke 24:47 includes “beginning from Jerusalem”) and make disciples of all nations, baptizing them in the name of the Father and of the Son and of the Holy Spirit, teaching them to observe all that I have commanded […] 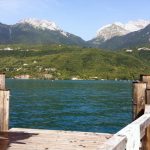 by David on August 22, 2012
Our summer began at MOP at Greenwood Hills in Pennsylvania. It was a great time sitting under the teaching and counsel of seasoned Christian workers. We were encouraged by how many young people also attended and everyone was very excited about all the possibilities for the future. That week flew by and we were soon […] 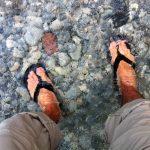 by David on August 7, 2012
“If you knew the gift of God, and who it is that is saying to you, ‘Give me a drink,’ you would have asked Him, and He would have given you living water.” John 4:10 (ESV) Water is pretty scarce around here. We’re amazed at the beautiful plants and flowers that survive and even thrive in […] 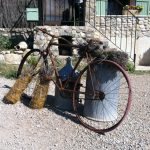 by David on July 22, 2012
“Look at the birds of the air: they neither sow nor reap nor gather into barns, and yet your heavenly Father feeds them. Are you not of more value than they? . . . Therefore do not be anxious, saying, ‘What shall we eat?’ or ‘What shall we drink?’ or ‘What shall we wear?’ For the unbelievers seek after […] 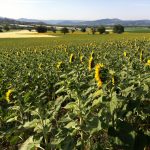 Let’s play a game called “Things”! Has anyone played this game? If not, you should. It’s really fun! My family plays this game a lot (as well as “Picture Down the Lane”) because you don’t need anything except paper, pens and a sense of humor. Each person writes down a category that begins with “Things […]